This issue was successfully tested on version R9.2

Patch to the latest version of VSA.

Kaseya VSA allows a company to manage computers deployed all over the world from a central interface, sometimes hosted in their own environment, and other times as a SAAS. This system is designed to centralise IT automation including patch management, inventory management, remote monitoring, remote access and more. Some of the functionality of this management backend includes: 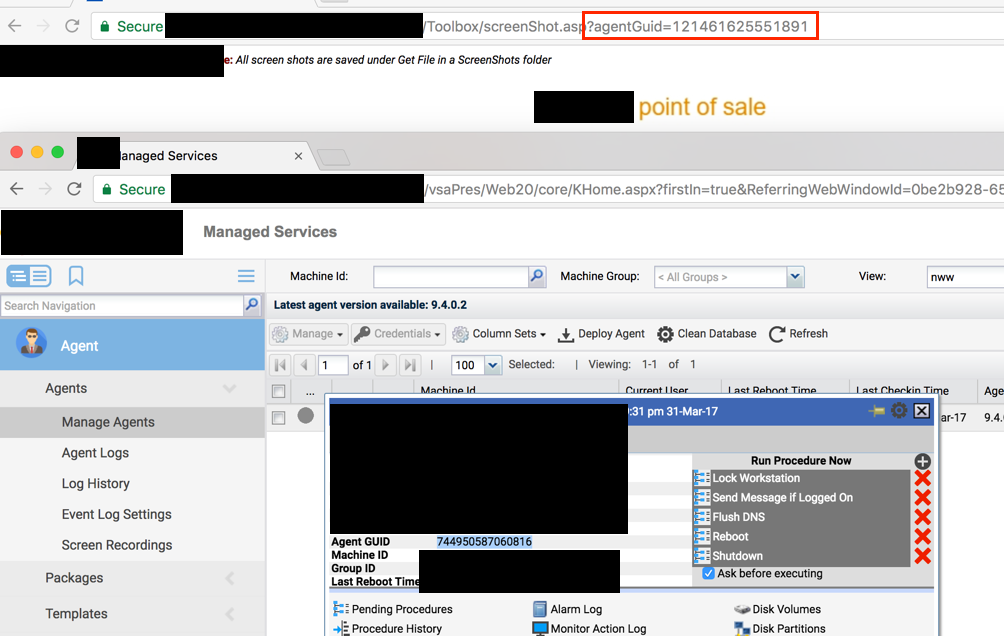