Nowadays it is common for Red Teamers to find more or less advanced endpoint and network protection mechanisms during their assessments. With a big share of the enterprise market taken by Microsoft, it is important to be familiar with Windows/Azure AD and Microsoft 365 Defender. In one of our latest assessments we managed to get an infection on a Windows laptop with administrator privileges, and we found that the internal network was protected by Microsoft 365 Defender. This blog aims to explain how the Red Team disabled Microsoft Defender for Endpoint, the EDR solution from Microsoft, in the laptop that we achieved to infect with malware via spear phishing.

What is Microsoft 365 Defender

Microsoft 365 Defender is a unified enterprise defence suite that coordinates detection, prevention, investigation, and response across the different endpoints that a company has.

More specifically, Windows 365 Defender is composed of the following services:

How to detect Microsoft Defender for Endpoint

Once a foothold is obtained in the internal network of the target company, initial reconnaissance of the infected machine and the environment is key. For the purpose of this blogpost, just by checking the running processes in a Windows machine it can be clearly seen that Microsoft Defender for Endpoint is present in the environment. More specifically, the following processes reveal the presence of the different security measures provided by Microsoft. 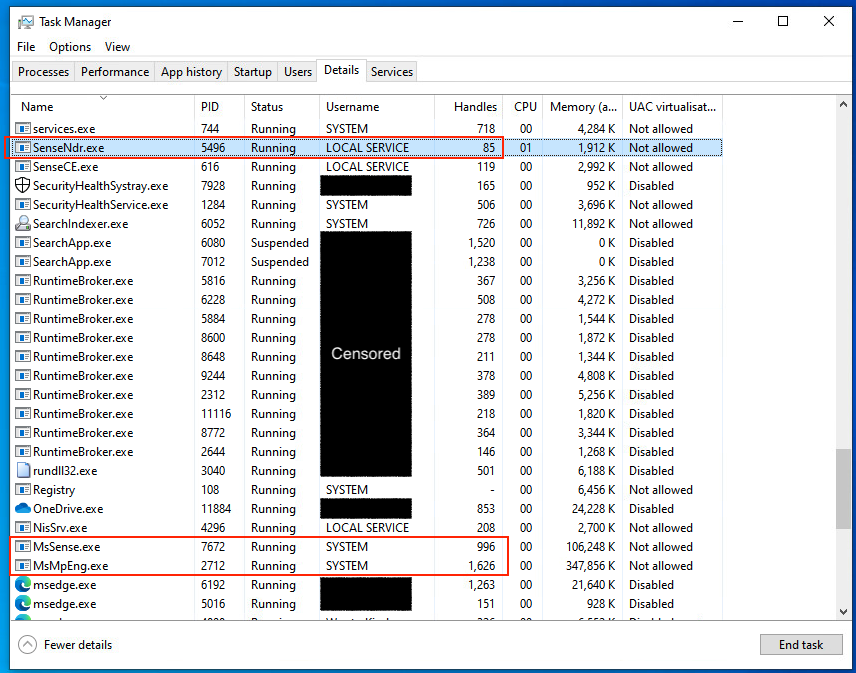 How to disable Microsoft Defender for Endpoint

During our assessment it was found that the development laptops used by the target company had local unrestricted administrator privileges. This was intended by the company to allow their developers to install the necessary tools to perform their tasks. However, the Red Team abused the local administrator privileges to kill the Microsoft Defender for Endpoint and antivirus related processes using the publicly available tool Backstab developed by one of our Securify colleagues Yasser.

To kill the protected processes and at the same time kill the SenseNdr.exe process every time it is respawned by the local service, the code of Backstab was slightly modified to run the kill command every three seconds. In this way the SenseNdr.exe process is also neutralised. The modified code on the main.c class of Backstab can be seen in the following code snippet.

To avoid antivirus detection, an obfuscated version of the modified tool was uploaded to the infected machine using the active Cobalt Strike beacon and executed to kill the three processes mentioned above.

After these processes were killed, it was possible for the Red Team to freely execute any command in the infected laptop. Talks with the Blue Team after the project finished confirmed that both the execution of this attack and further execution of other attacks later on this machine did not trigger any alert on Microsoft 365 Defender, making the Blue Team blind to the infection. As shown in the screenshot below, the above-mentioned processes were killed by destroying the needed handlers with Backstab. It is important to note that sometimes the processes might not be killed completely, but still they are not able to run properly due to the lack of handlers. 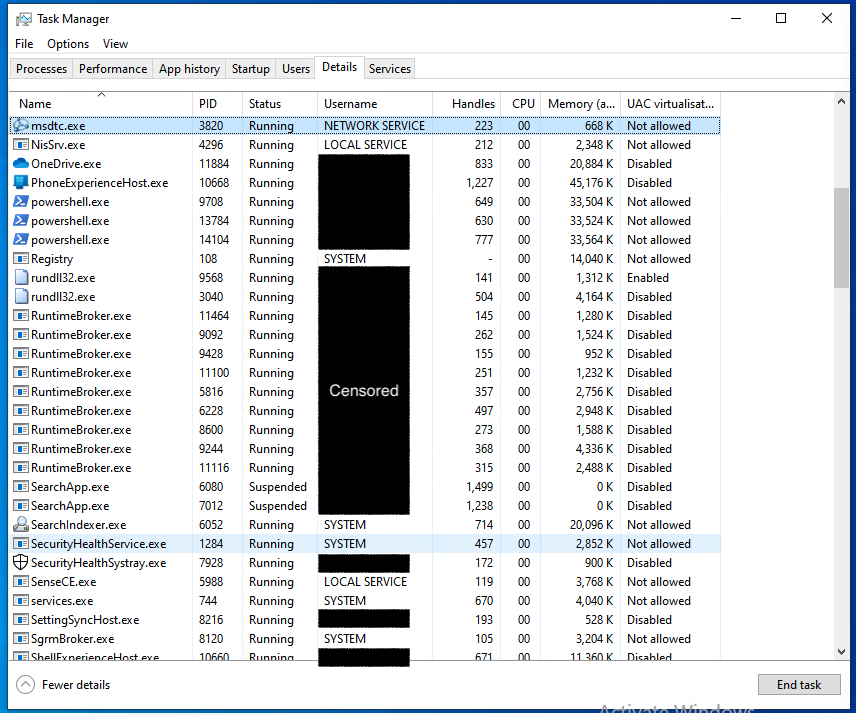 With this procedure, even the local antivirus was disabled, giving complete freedom to the Red Team to upload new malware to the machine with no risk of detection. The following screenshot shows the error raised by Windows when the antivirus protection settings are opened from the Control Panel. 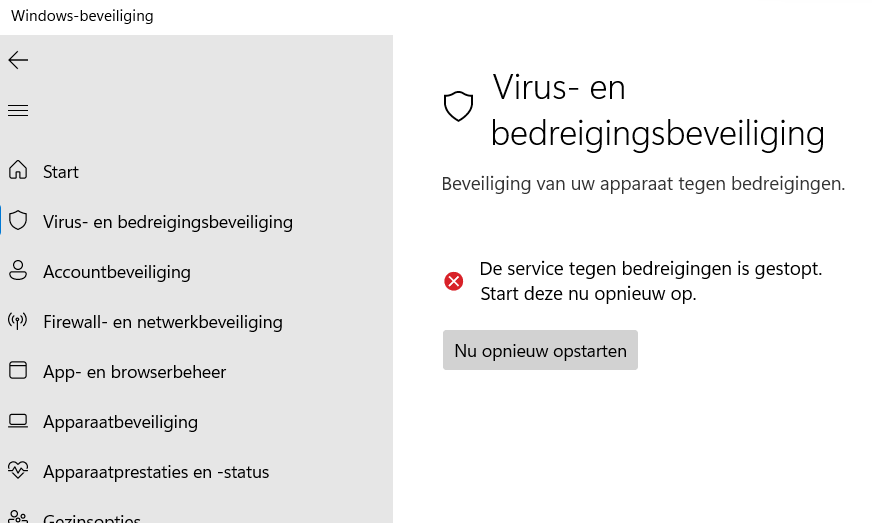 Like any other attack, some anomalies are created that might be detected by the Blue Team if they look at the correct place. The following countermeasures could be implemented to prevent Backstab from killing the targeted processes and/or detect that the attack has been executed:

EDRs and IDSs are great tools that every organisation should use to protect their internal network in case of security breach. However, this tools are not perfect and can be bypassed, specially if the configuration of the network and/or the systems in it is not secure. In this case, unlimited administrator privileges in the development laptops of the company caused this attack to be possible.

Once the infected computer was excluded from Microsoft Defender for Endpoint protection, it was really useful for the Red Team to have an "attacker's bastion" within the internal network. From here, other tasks such as further reconnaissance and attacks to attempt privilege escalation within the network were executed in a much easier way, (almost) without the continuous feeling of being detected that Red Teamers suffer just before sending a command from the Command & Control panel.

It is important to note that this attack was possible due to the over-permissive administrator permissions that were given to the developers of the company. However, in case local privilege escalation would be needed before executing Backstab, there is a high chance that the EDR will be able to detect the common privilege escalation techniques.

Big thanks to my colleague Yasser (@Yas_o_h) for creating Backstab and helping during the Red Teaming assessment.