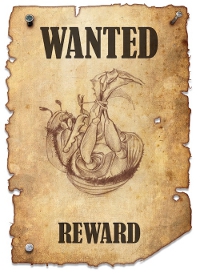 Most vulnerability reports are only sent to the affected organization(s). We can't really call it disclosure in these cases; it is just submitting a bug report. That is probably also how the affected organization likes to handle the matter; fix the issue and don't inform the public. In that sense we can't even call it responsible either. If users were at risk, they aren't even informed and it is thus not possible for users to take corrective measure like changing their passwords. That is not acting responsibly, or is it?

When a vulnerability is found, the reporter has to inform the affected organization, which in most cases is a real pain. First you need to find the correct way to report the issue. Decide whether you'd want to encrypt your report (PGP/GPG equals more pain). Hopefully the report is picked up and confirmed. The reporter now has to deal with people not understanding the issue, downplaying the issue et cetera. Finally, when the issue is acknowledged the waiting begins. In most cases you'll have to be very patient. If you are lucky, you are updated about the fix progress. In practice you'll need to keep track of the issue yourself and request status updates. When the fix is created/deployed you may or may not receive credits (and/or a bug bounty).

Lately, many organizations have started to adopt a responsible disclosure policy. Initiatives like Bugcrowd & HackerOne emerged to aid discoverers with reporting vulnerabilities. I think this is a good thing. At least having a single point of contact operated by skilled personnel helps to improve the process. Of course this is not a silver bullet, for some people responsible disclosure policies are an invitation to just scan websites with such a policy.

In my opinion we must stop trying to conceal security issues. It is always good to inform users. Everyone has to deal with vulnerabilities; I'd like to see more openness on this matter. Be proud on the fact that you take vulnerabilities seriously. Show the public that you are capable in squashing security bugs promptly. Inform users what actions they should take. Treat vulnerability reporters well, make sure to: